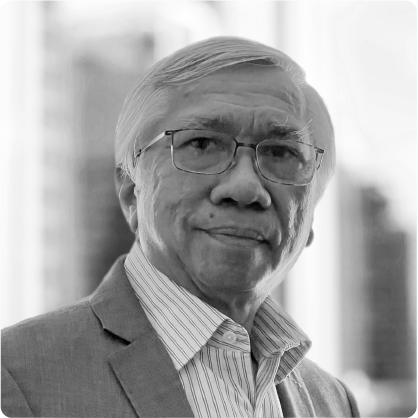 Encik Mohamed Rashdi has over 30 years working experience in both industry and consulting. He graduated with a B.Sc (Hons) Degree in Computation from the University of Manchester Institute of Science and Technology (UMIST) and started his career with Jabatan Telekom Malaysia. Subsequently, he led the IT services division of a major telecommunications company before moving into consulting, becoming Partner at a Big Four Consulting Firm as well as Partner in Charge of the Public Sector in a leading International IT Company. As a Management and IT Consultant, Rashdi has led assignments in IT Strategic Planning, Systems Implementation, Project Management, Operations Review and Business Process Improvement. His clients comprised of large corporations and government agencies across a range of sectors such as telecommunications, oil & gas, transport, financial services as well as the federal government. He has served as an independent non-executive director in a number of companies in the financial services, government and private sector and currently sits on the board of several public companies. 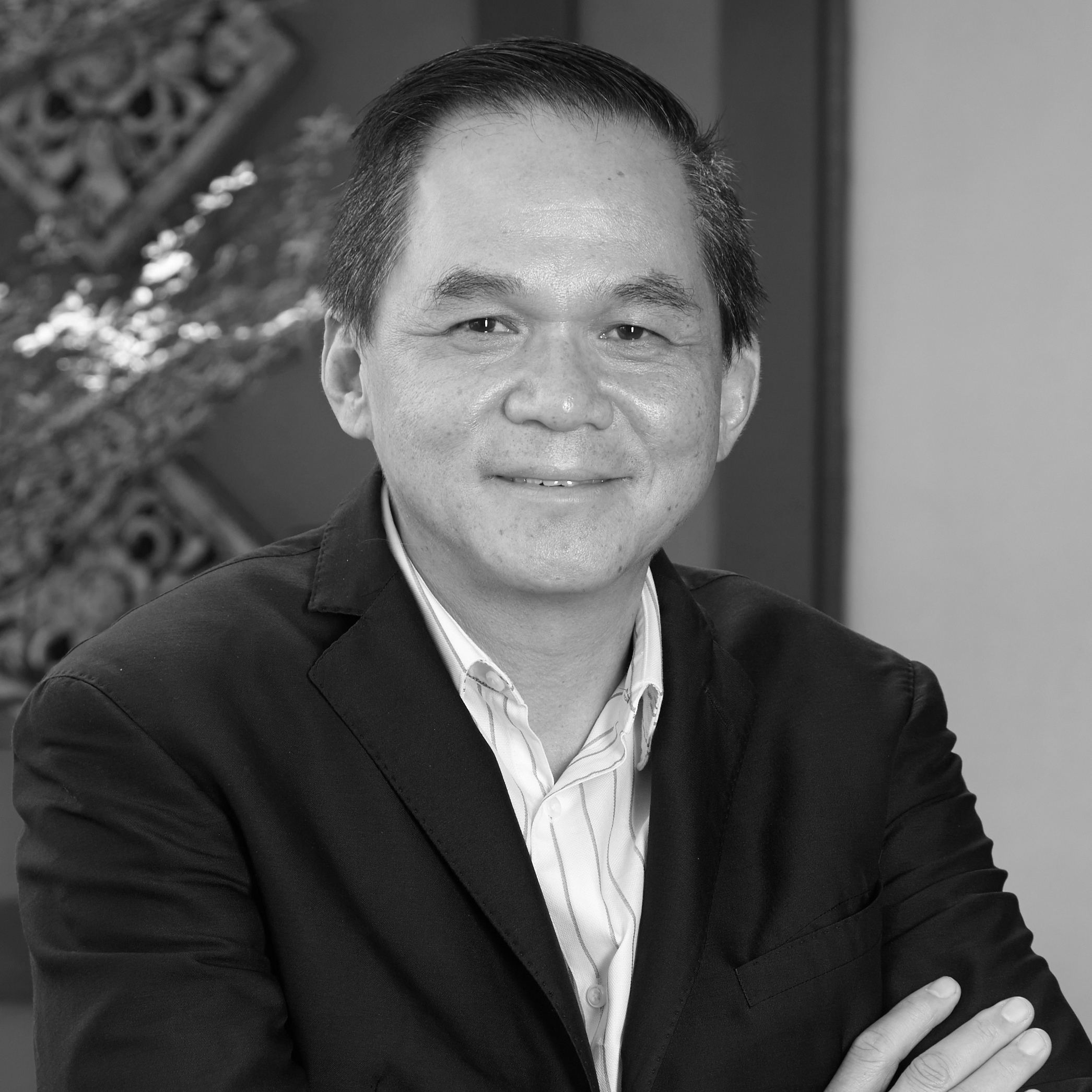 Mr. Loh Wee Hian, Simon, was appointed as Non-Independent Non-Executive Director on 28 December 2010. On 18 January 2011, he was designated as Non-Independent Non-Executive Chairman, and subsequently to Executive Chairman on 3 March 2011. On 1 September 2012, Simon was designated as Executive Vice Chairman, a position that he holds at present. Simon started his entrepreneurship in the telecommunications industry. He successfully secured the master distributor license for Ericsson mobile phones for Malaysia in 1989 through Telemas Corporation, a company that he founded and controlled. As the market for mobile phone distribution matured, Simon ventured out in 1999 and co-founded e-pay (M) Sdn. Bhd. (“e-pay”), a company that provides electronic top-ups for prepaid mobile phones and bill payments. In the ensuing years, e-pay became a leading electronic top-up processor in South East Asia and subsequently became the largest prepaid top-up network in Malaysia. In 2006, e-pay was listed on the Australian Stock Exchange (ASX) and Simon became its Executive Chairman. Simon was instrumental in merging GHL and e-pay in 2013, and has since created signifi cant shareholder value. In recognition of his contributions in the technology sector, he won the prestigious Ernst & Young Entrepreneur of The Year Malaysia Award under the Technology Category in 2006. Aside from pursuing his entrepreneurship career, he is one of the founding members of the Young Entrepreneurs Organization Malaysia Chapter, a global, non-profi t educational organization for business owners to develop themselves and grow globally.

Dato' Chan Choy Lin, Carol (known as Dato' Carol Chan) was appointed to the Board as an Independent Non-Executive Director of the Company on 25 June 2018. She is the Chairman of the Audit and Risk Committee and was designated as Chairman of the Nomination and Remuneration Committee on 18 February 2022. Dato' Carol Chan is a Chartered Accountant of the Malaysian Institute of Accountants and a Certified Public Accountant of the Malaysian Institute of Certifi ed Public Accountants. Dato' Carol Chan began her accountancy training in 1979 with a reputable accounting fi rm and left KPMG in 1984 for the corporate sector, where she gained most of her experience with large public listed companies. She has more than 30 years' experience with public listed companies engaged in the businesses of banking and insurance, automotive manufacturing and distribution, trading and services, property development and construction, plantation, hospitality and education. Dato' Carol Chan's senior management experience covers the areas of mergers, acquisitions and divestments, fi nance and treasury, corporate secretarial and legal, including corporate governance, risk management, internal controls and corporate social responsibilities. Over the years, Dato' Carol Chan has held several key management positions, was a key member of various group committees and also served as a nominee director on the boards of various group companies of a public listed conglomerate. Dato' Carol Chan is also an Independent Non-Executive Director of Ann Joo Resources Berhad, APM Automotive Holdings Berhad and The Pacific Insurance Berhad. 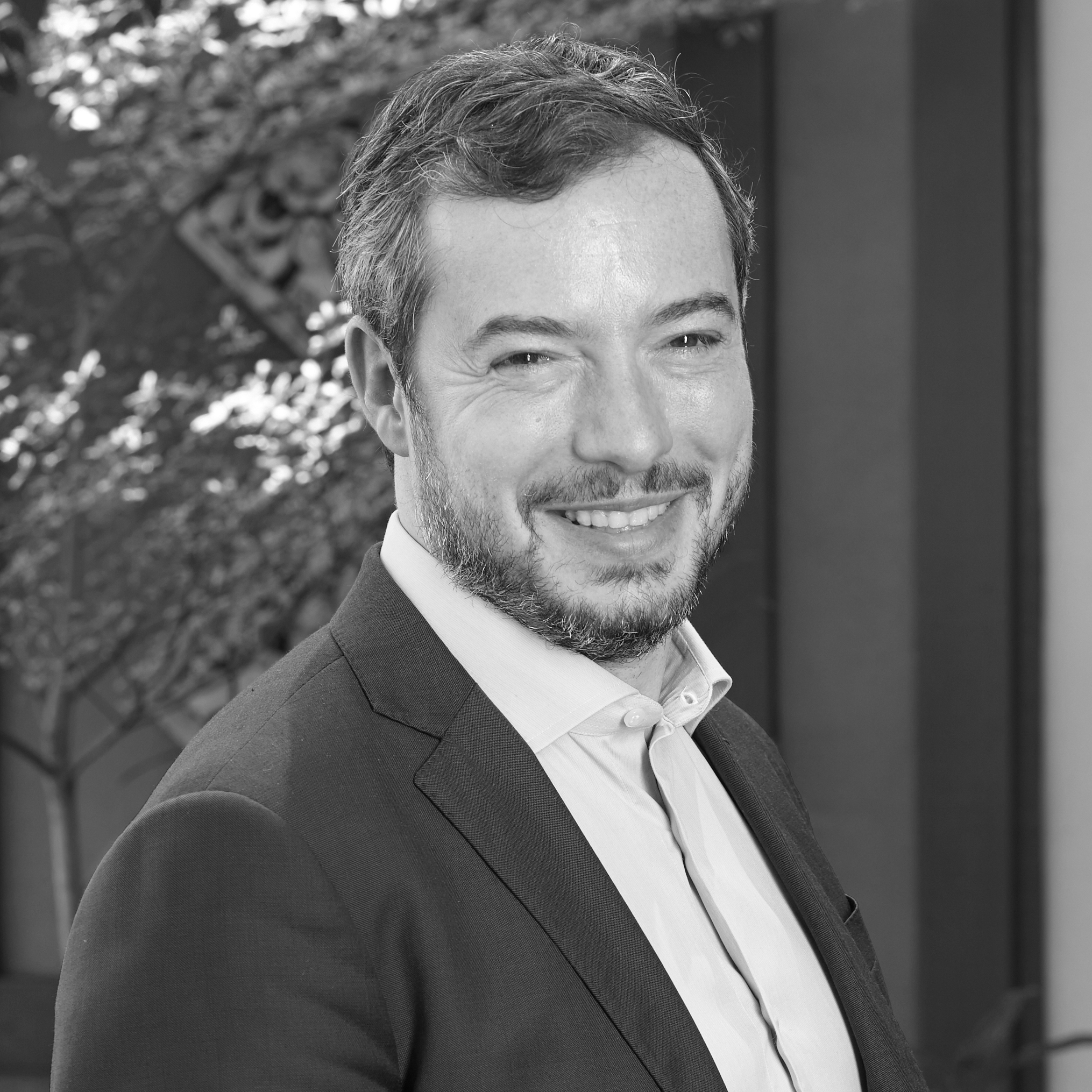 Mr. Matteo Stefanel was appointed as Non-Independent Non-Executive Director of the Company on 22 November 2018. He is a member of the Audit and Risk Committee and the Nomination and Remuneration Committee. Matteo's deep expertise in financial institutions and financial infrastructure spans 25 years and three continents (Europe, Asia and Africa), both as an investor and as an advisor, across private equity, venture capital and investment banking. Formerly a Partner at The Abraaj Group, he led several FS investments, including Network International (payments), Saham Finance (insurance), and Jordan Ahli Bank (banking). Matteo has been a board director of over 25 companies and completed over 120 transactions in Europe (including CEE), South Asia, the Middle East and Africa, throughout his career at Abraaj, MIG ($7.4bn AUM), and Deutsche Bank where he was the Managing Director and co-Head of the Financial Institutions Group – Emerging Markets. Matteo is an active Fintech investor personally as well, backing companies both at early-stage VC and growth stage, including (Bank) Simple, Anthemis, Goji, Ininal, Azimo and several others. Matteo was a member of the World Economic Forum's Global Agenda Council on Financing and Capital twice from 2012 to 2016. Matteo has an MA (Hons) in Philosophy, Politics and Economics from Queens College, the University of Oxford. 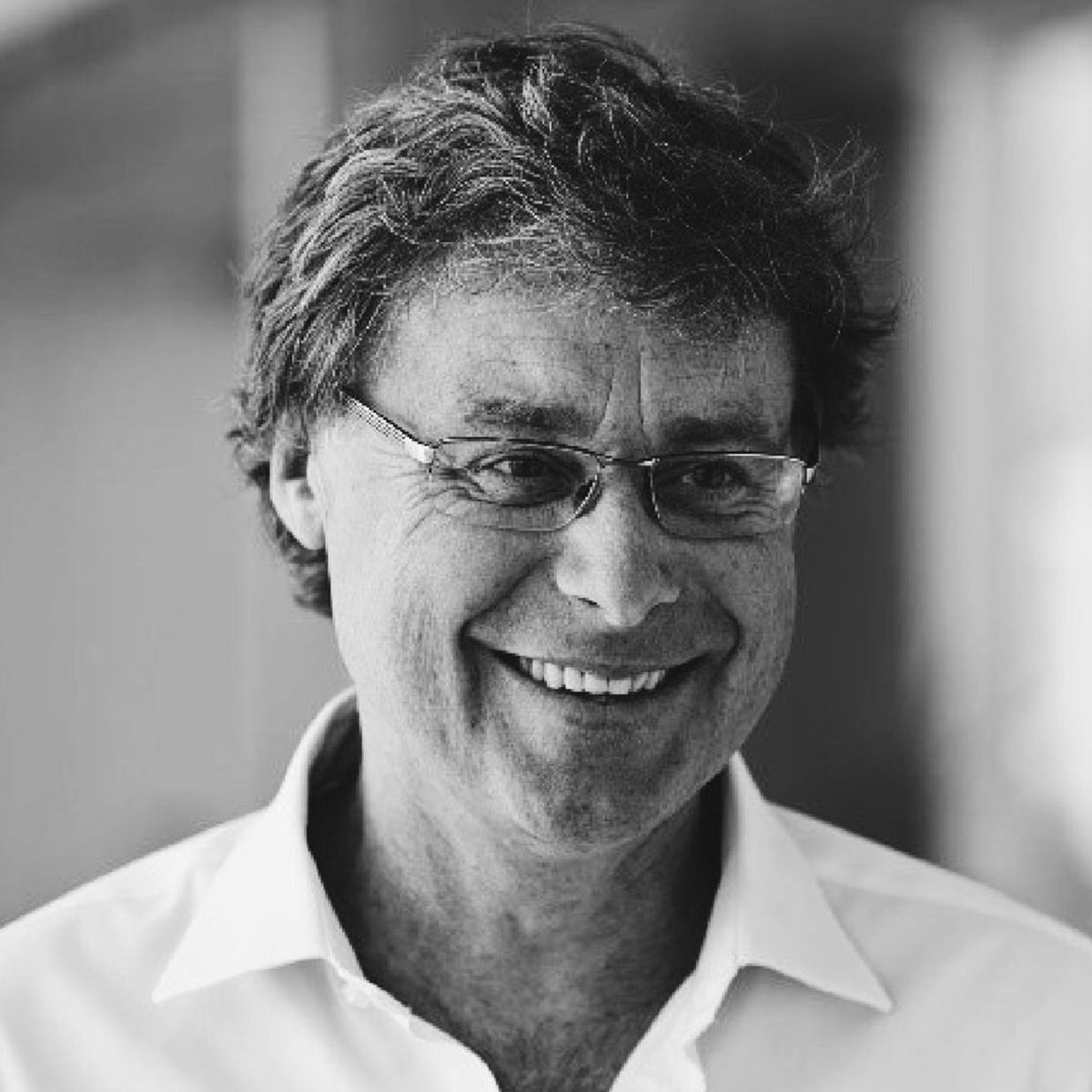 Mr. Phillips was appointed as Non-Independent and Non-Executive Director of the Company on 16 April 2021. Mr. Phillips has been a Partner at Actis, the leading growth markets investor since it's foundation in 2004. He serves as global Head of Private Equity and is responsible for seven funds invested across 21 countries in emerging markets. Mr. Phillips began his career in private equity at 3i in the UK and then joined CDC. He was based in Uganda, Zimbabwe, Malaysia and Egypt before returning to the UK after 20 years abroad. Over 36 years in private equity, Mr. Phillips has held a number of Non-Executive Director roles including that of Emerging Markets Payments Holdings (EMPH) Mauritius, a leading payments company in Africa and the Middle East. Mr. Phillips currently serves as a Non-Executive Director on the Boards of Directors of Integrated Diagnostics Holdings (IDH), which is listed on the London Stock Exchange and the Egypt Stock Exchange, Honoris United Universities, a network of 14 universities across Africa and Les Laboratoires Medis SA, the largest pharmaceutical company in Tunisia. Mr. Phillips holds a BA in economics from the University of Exeter UK. 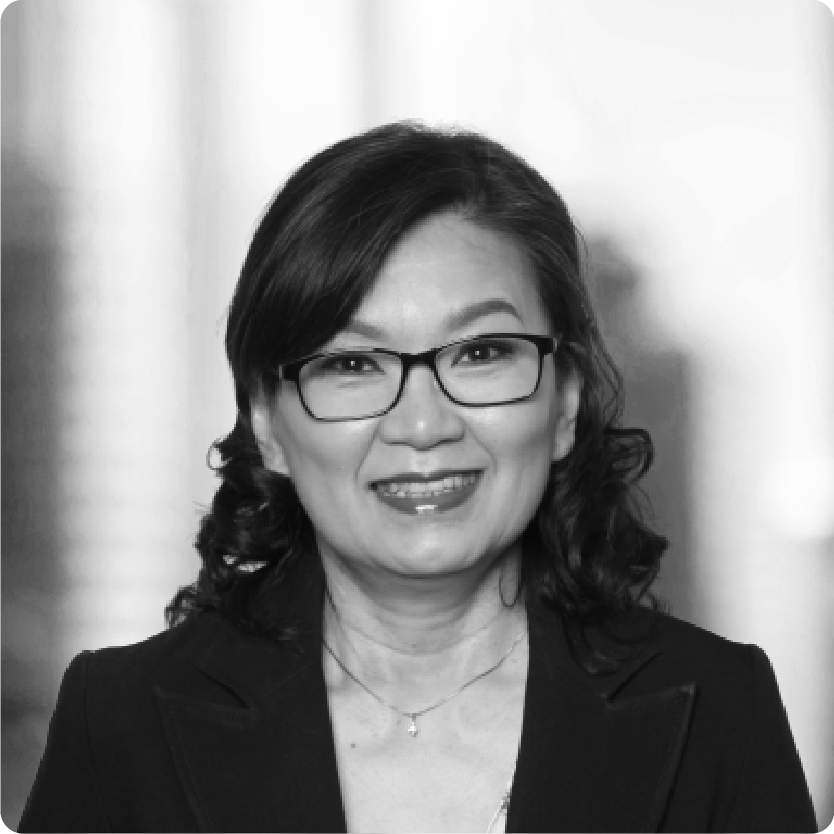 Ms Kung Lee See was appointed as as the Independent Non-Executive Director of the Company on 1 October 2021. She was appointed as a member of the Audit and Risk Committee and the Nomination and Remuneration Committee on 25 November 2021. Over the last 35 years, Ms Kung Lee See has worked with several organizations and has been exposed to various industries, including public accounting, banking, fi nance, healthcare, telecommunications, human resource consultancy and technology innovation. Ms Kung Lee See holds a Bachelor Degree in Computer Science (with great distinction) from University of Brandon, Manitoba, Canada. After graduation in 1985, she joined Kassim Chan & Co (currently known as Deloitte Malaysia) as an External Auditor and Information Technology Auditor. In 1988, she left and joined Hong Leong Finance Berhad as a Systems Executive where she designed, developed and implemented banking applications. In 1991, she facilitated the setting-up of Innovative Software Solutions (M) Sdn Bhd which builds software for the healthcare industry. She started as a Systems Analyst and eventually became the Deputy Managing Director. In 1995, she facilitated the setting-up of another company in healthcare system industry, before she founded WizSoft Technology Sdn Bhd ("WizSoft") in 1996. WizSoft focuses on software development, consultancy and project management for the finance, healthcare and human resource industries. In 2000, she sold part of WizSoft and was retained as the Chief Executive Officer of WizSoft until 2007. From 2008 to 2020, she moved on to providing project management consultancy services globally, in the areas of solution architecture, development, integration, data migration, testing and deployment. 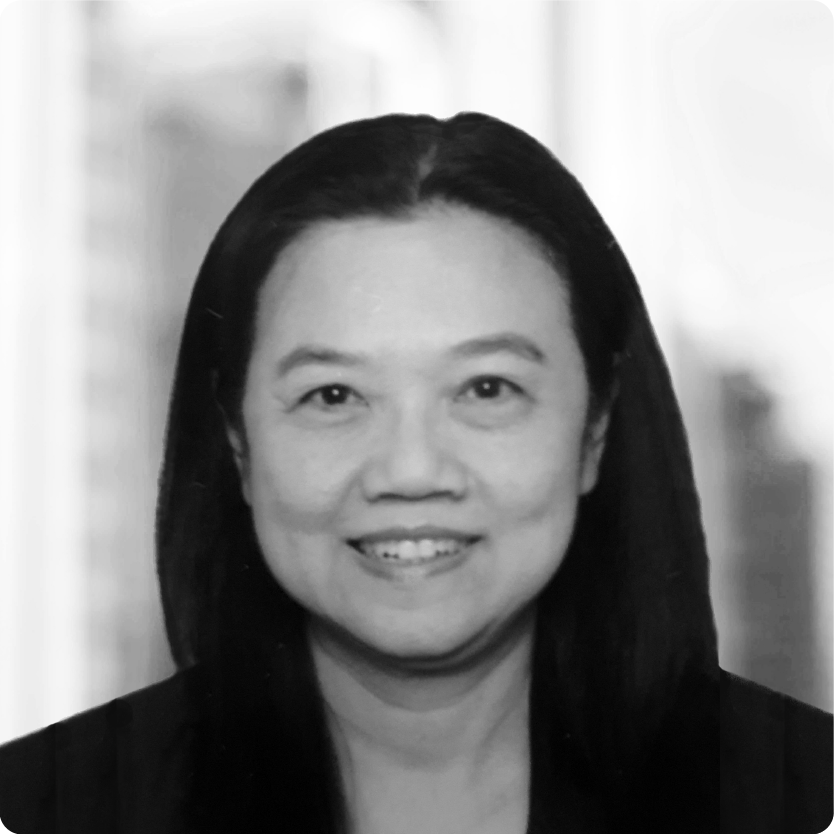 Ms Tan Lye Sim was appointed as the Independent Non-Executive Director of the Company on 1 October 2021. She was appointed as a member of the Audit and Risk Committee and the Nomination and Remuneration Committee on 25 November 2021. Ms Tan Lye Sim is a fellow member of The Association of Chartered Certified Accountants. She is an accomplished risk practitioner with more than 30 years of experience in financial institutions. After 13 years working with various financial institutions in London, she joined MBf Finance Berhad as Senior Manager, Head of Treasury Settlement in 1997. She was promoted to Head of Risk Management Department in 1998. She then moved into risk management consultancy services in 2002, before returning to the financial sector in 2005, holding senior positions such as the Head of Treasury Compliance of RHB Bank Berhad, Group Chief Risk Officer of Alliance Financial Group, Group Chief Risk Offi cer of Hong Leong Bank Berhad, Director and Head of Operational Risk Management of CIMB Investment Bank Berhad. Her last position was as Group Chief Risk Offi cer at Kenanga Investment Bank Berhad from 2013 to 2017. In addition to the above, Ms Tan was an Independent Non-Executive Director of Bank Pembangunan Malaysia Berhad from September 2018 to September 2020. She was the Chairman of the Group Risk Management Committee. Ms Tan is currently an Independent Non-Executive Director of Malaysian Life Reinsurance Group Berhad. 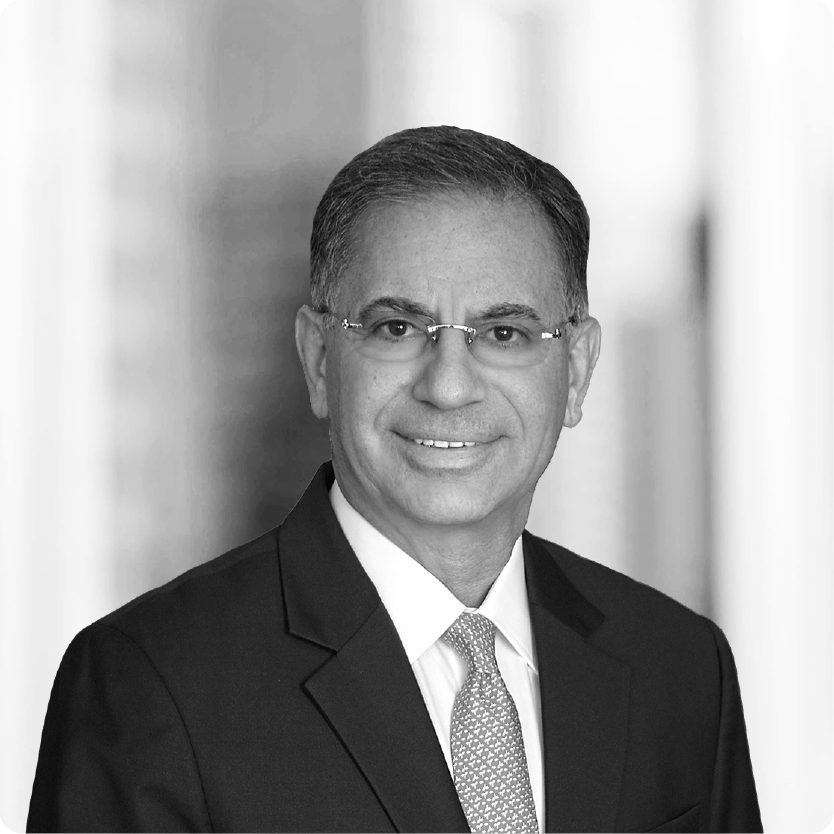 Sean S. Hesh was appointed as the Group Chief Executive Officer of GHL Systems Berhad on 27 November 2020 and subsequently appointed as Executive Director of the Company on 1 October 2021. Sean is a high calibre senior executive with an in-depth experience in Payments, Merchant Acquiring, E-commerce, Operations and Technology in the Asia Pacifi c ("APAC") Region and the United States. He has demonstrated a solid ability to build and grow businesses and to improve effi ciency, productivity, profi tability and delivery of strategic initiatives. Sean commenced his long and distinguished career in the Payments industry with Wells Fargo Bank in 1989. He worked at First Data Corporation (now Fiserv) from 1993 to 2010 and held a variety of senior management positions with First Data, including: Vice President & General Manager of Financial Institution Alliances; Senior Vice President of Business Development at TASQ Technology; Chief Operating Offi cer of Card Service International and Chief Executive Offi cer ("CEO") of Wells Fargo Merchant Services LLC. From 2006 to 2010, Sean served as the CEO of Merchant Solution Pte. Ltd., a joint venture between First Data and Standard Chartered Bank in APAC. Sean joined Citibank in 2010 as the Regional Head of Merchant Acquiring, Network Management and Commercial Cards. In this capacity, he was responsible for the strategy, business & product management, contract negotiations and best practices across Citi's Merchant Acquiring and Commercial Cards businesses as well as for the relationships with the Payment Networks across Citi's footprint in 16 APAC, Europe, and the Middle East and Africa (EMEA) markets. Sean is a graduate of University of California, Berkeley with a Bachelors in Political Science (1983) and a Masters of Arts degree in International Relations from San Francisco State University (1985). He does not hold any other directorship in public companies and listed issuers in Malaysia other than the Company. 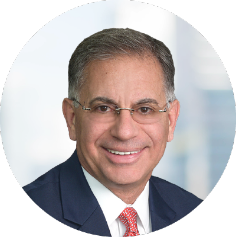 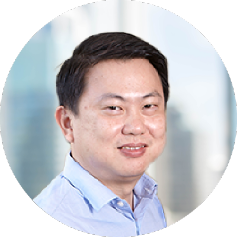 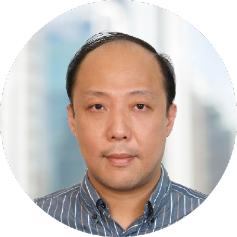 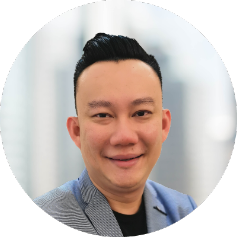 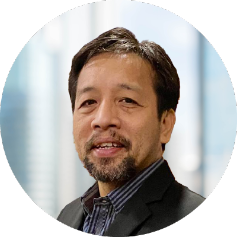 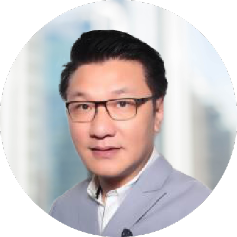 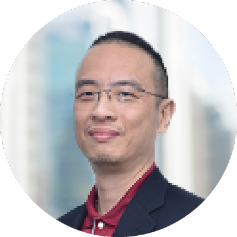 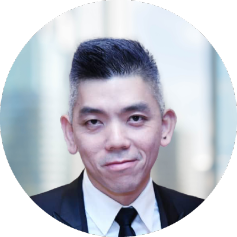 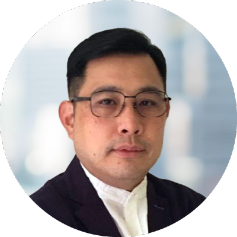 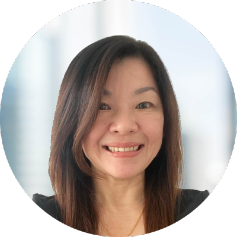 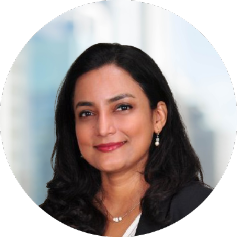